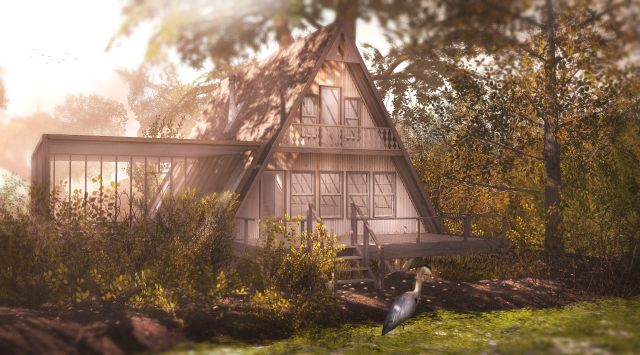 Happy weekend!! I’m totally being lazy today.  I have no real plans, other than to catch up with a few friends and do nothing.

Today’s picture is a sneak peek at one of the items from Deco(c)rate.  The rainy day cabin is by [Schultz Bros.] and its fantastic.  It’s got a few features like the chimney smoke that you get by clicking on it.  You can also click and hold for a couple seconds the front or back exterior of the cabin to get the texture menu, which gives you six colors to choose from. It’s only 37 land impact, so great if you’re watching prims.  There is still time to pre-order as the crate comes out tomorrow; check out the details below and the Deco(c)rate link for more information.

I didn’t take any pictures of the interior, but it’s super cozy and I’ll probably use it in a coming soon post. 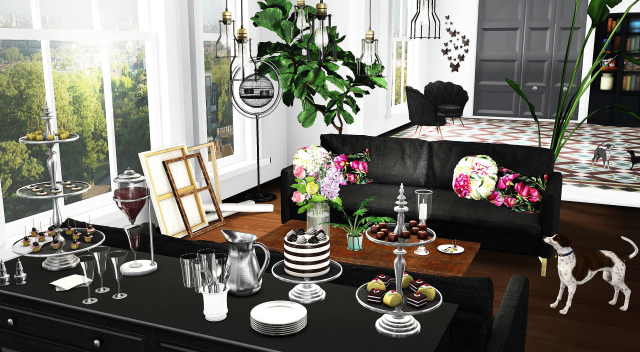 Hello everyone… it’s a bit late now to say TGIF (thank God it’s Friday) as the day is almost gone.  I’m still glad this week is over as it was horrendously busy for me and I could use the rest even if I’m putting in a few hours tomorrow just to try and catch up.

Today I’m bringing you some more great stuff from the Arcade and The Liaison Collaborative that opens tomorrow. 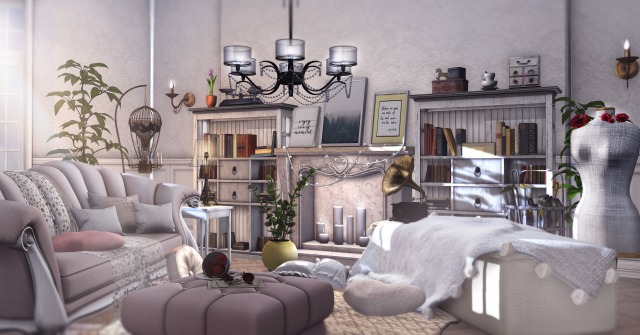 Not much time this morning, so I will keep it brief and say that lots of great home decor stuff all over the grid.  I did a mixture of events and sponsors to come up with this scene, so hope you like. 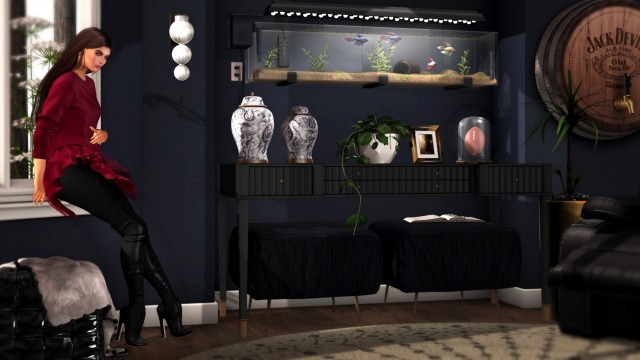 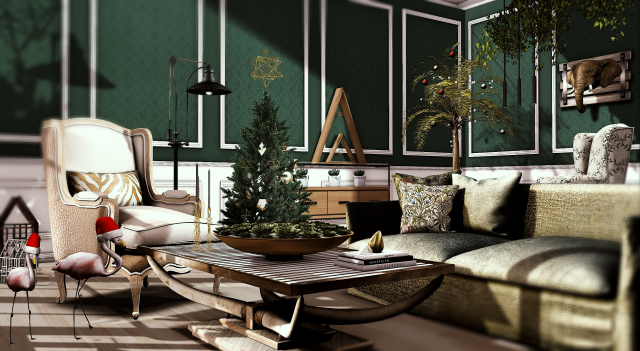 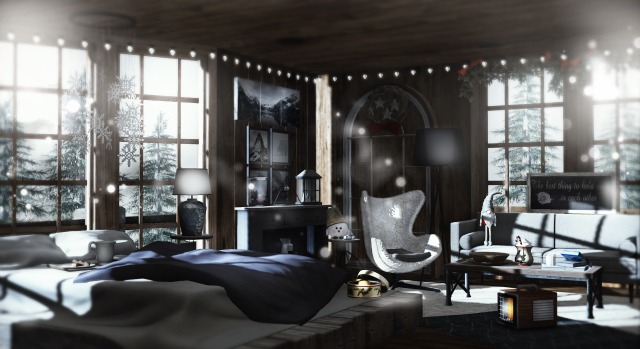 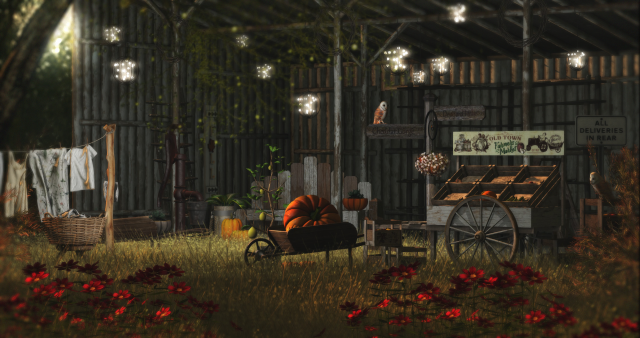 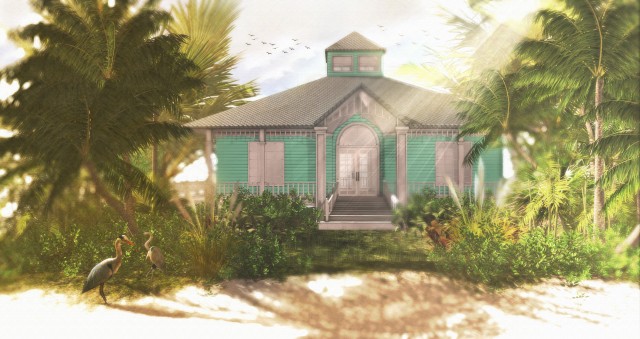 Today is somewhat of an easy post as I am just featuring the latest release by DaD Designs, which is the gorgeous and wonderfully detailed St. Thomas house available at FaMESHed. It’s a bit more on the land impact at 305, but the details on this are exceptional and make it worth the prims if you can spare it. 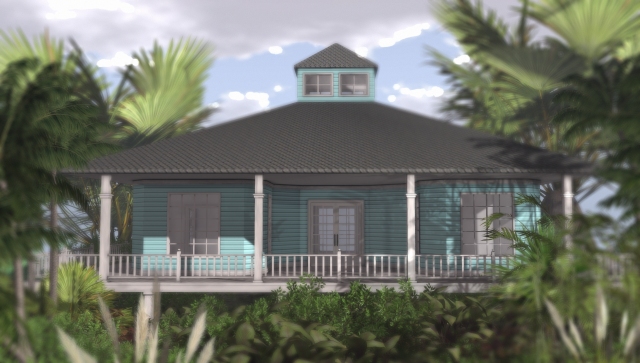 Take a peak below credits to get additional details about what it offers.  As you can see with the first two pictures I opted to use different exterior colors.  I didn’t think of it when I was doing the interior pictures.  Though you will note that the exterior and interior can be easily customized by the touch of a menu button.

“St. Thomas House” is a meeting between Caribbean style and the American Victorian architecture.

It ‘a big house characterized by large verandas, perfect for creating outdoor living rooms, surrounding the house. Inside a large octagonal hall which gives access to 4 rooms.  The central ceiling ends with a skylight from which the light enters.

Customize your home has never been easier!

WALL:
Scattered around the house there are buttons and by touch to access the menu where areas of the house have been loaded:

For each zone, there is 74 pre-loaded colors to choose from, to personalize your new home and make it unique internally and externally.

FLOOR:
Even the floors can be easily changed:
Edit Mode —- Select face
and you can add your favorite flooring texture 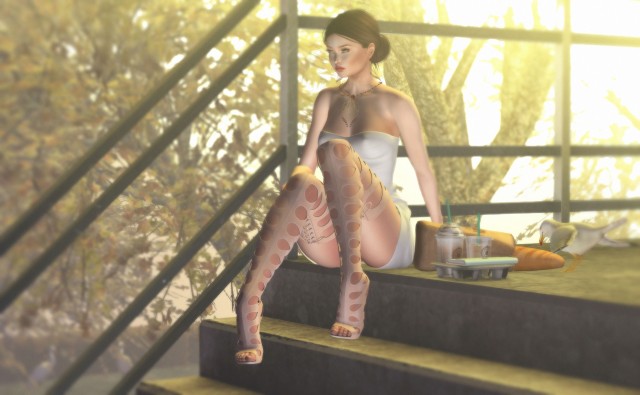 Today I am doing a fashion post showing heels/boot style shoes, which is the latest release by N-Core.  They are available at Uber in 16 options or all in a fatpack and mesh body compatible.

I’m also wearing the Helen jewelry set by Zibska, which is available at Retro Rewind.  The set is comprised of necklace and earrings and comes with a texture change hud for the beads.  In the background I’m also showing some of the newest trees by Little Branch. The umbrella thorn is at Cosmopolitan and the wild maple is at SaNaRae and both are 4 seasons.

Enjoy the rest of your day and wishes for a fabulous weekend ahead.

I’m back…even though I never got an opportunity to mention that I would be gone for a few days and without internet.  My apologies for that as I just didn’t have the time to log in and do one more post.  Then somewhere between that time period and now I’ve misplaced the memory stick where I had saved those photos.

In any case I’m ready to once again show you some wonderful items from all over the grid.  It might be a little slow going at first as a knee injury has flared up and I’m limping at the moment.

Today I am featuring several items and I’ll start with what I am wearing.  It’s going to be a rather long post for one picture, so I will try and include more pictures next time.  The hair and hat is by No.Match and available at this newly opened round of On9, that started on September 9th.  No.Joke and it’s the name of the hair/hat combo and great for this fall weather that is upon us now.  The sweater top is by [Lakshmi] and also at On9.  It’s available in several colors and there is a skirt that is available as well to fit the top.

I’m holding a money duffel bag by (epia) available at their main store.  The name of the 100% mesh bag is “Make it Rain” and literally it can rain lindens. It’s HUD-controllable, and has the ability to throw money stacks that can pay real linden dollars to those who walk over or touch them.  The amount can be changed via the HUD.  It has 10 different texture/color options, and 4 bag versions that allows you to wear the bag on your hand, arm, chest or back.

The remaining items that I am featuring in today’s post is the egret, which is by TLC and it’s available at the Spoonful of Sugar festival that I mentioned in my last post benefits the Doctors without Borders/Medicins Sans Frontieres. Visit the website for more information.  The cherry trees in the background are the latest new release by Little Branch at On9, which are four seasons that can be accessed via the menu.  The pink and green bushes along the lit pathway are also by Little Branch and available at The Chapter Four event.

Lots more to come as I try to catch up again.

Pose: Stand by M i l a Poses

100% of the proceeds of at least one item in each store will be directly donated to the charity plus a participation donation by each designer.  All monies will be going to the American office of Medicins Sans Frontieres (Doctors Without Borders), an international organization that provides emergency medical aid to people affected by conflict, epidemics, disasters, or exclusion from health care regardless of politics, religion or other affiliations.

Bits & Pieces of My SL
Blog at WordPress.com.
Loading Comments...